If thought is your jailer, let action be your liberator

Action trumps thought every time. Doing beats thinking. You can’t think your way out of a paper bag, you have to grab it with both hands and rip it apart.

I can guarantee for every problem you have; action is the solution. Sometimes, on rare occasions the appropriate action is to do nothing. But the doing nothing is a doing of something.

Example: You are alone in a dense forest. A big brown bear comes close but has not yet spotted you. Your best chance of survival is to stay very still in the hope that he passes you by. Do nothing. Except you are doing something. You are standing very still.

Example: Someone with stinky attitude and a big mouth is giving you and the other passengers jip on the train. You all want to avoid trouble so you look down at your book, or phone or out the window. Looks like a whole carriage of people doing nothing, yes? In fact, it’s a group of people doing lots of things, like holding their tongues, avoiding trouble, practicing tolerance, willing things not to escalate, or focussing on other, happier moments.

Example: You’ve been wanting to write that book/start that side-business/ clean out that spare room for a long time. For such a long time that it almost gives you a headache thinking about it. It’s depressing and frustrating that you haven’t gotten anywhere, even though you really, really want to do it. But hurray, the cure for your disappointment is simple. Actions, however small, will make you immediately feel better. Because you will adopt a different perspective (this is acheivable) and attitude ( I can do this).

Action is the way out, over and through everything. Take it from me, I avoided action for a long time, believing I could think my way to peace, happiness and achieving my goals.

Now, I see thought as a by-product of being. For me, it is a noisy, chattering soundtrack that is sometimes louder and sometimes almost inaudible. That is since I started practicing meditation.

I started small. I made it as easy as possible. The noisy chatter was omnipresent for a long time. Then one day, with some surprise, I noticed my mind was quiet. Of course, that observation woke up the chatter again, but never mind, now I knew it was possible. Before I had believed it was inevitable. Before that, I didn’t even notice, and thought the noise in my head was normal.

I was the woman who spent her whole life beside a crashing waterfall and one day went to the city. I heard the silence and was full of wonder and joy that peace was possible, and that my thinking didn’t define who I was.

I thought my thoughts were the truth. That’s why I believed I could solve all my problems by thinking about them. So, that’s what I did. I thought and thought and then I thought harder. And guess what. Nothing changed. I was locked in there and going nowhere for a long time.

To free yourself the first step is to become aware of thought. Spend some time listening to the noise in your mind and you’ll be amazed. Shopping lists, personal criticism, movie replays, endless content demanding our attention.

Once you see it, you can begin the process of stepping away from it. You can become disentangled from the thicket of thought. Meditation is one way to do that.

And when you’re free, or even before that, you can begin to take action. Take small, easy actions to begin with. No matter how tiny and seemingly insignificant each will take you closer to your goal. And better than, you will begin to be free. 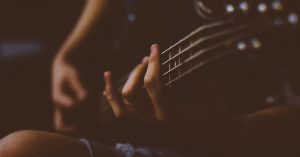 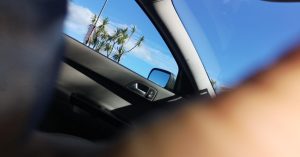 Instead of setting goals, embody an identity