working title: Beginning chemotherapy, beginning anything. alternative title: I’m a good beginner but who knows where this shit will end.

I’m sitting up in bed with my laptop in its place. Close to the sea, our windows get encrusted with salt. Distant magnolia behind blobs of sand and cobwebs. The ivy has claimed a third of my view, dark sinews clutching the glass. A piece even steals through the corner of the frame. When I’m not looking it will creep further across until all the light is blocked.

Unless I chop it off. Hacking at its bits sending them flying. Seems harsh but could be satisfying. Insidious pest. Always seeking the darkness.

Chemotherapy. Like ivy. Crawling into my chest and blocking the light.

Ah but that’s a dark view. There is another one. Chemo is a curious and slightly entertaining experience. I can say that because I’m at the beginning so don’t have the worst side effects yet, and also because there’s comedy in how my mind and body have had a falling out. They are no longer on speaking terms. My mind asks my body to do something and my body does not acquiesce. I went for a walk, put my foot on the accelerator, and nothing happened. I reached for a cup with my mind, and my arm did not move. I opened my mouth to make a remark, and rubbish came out. Though my best people would say that last one is the norm.

I am interested in what will come from this. If I’m one of the lucky ones, maybe one or two out of one hundred, then I will cast off disease after this treatment, walk into the sun and never look back. If I don’t win in this lottery, I would like to come out at the end with a consolation prize. Spiritual enlightenment maybe, a more agreeable personality, a new zeal for fitness. Something other than the long-term fatigue, unravelled telomeres, premature aging and death that is cheerily promised on the clinical websites I have hungrily scanned in the million rabbit holes I’ve been down.

The most dogged thing in my mind, hanging around the fringes and bothering me, is that question. Who am I, the person who arrives at this experience? What do I arrive with? What can I become?

For three years my attempts to improve myself became more earnest. Rather than moving on from the pre-contemplation phase of decision-making (where you think about thinking about making a change), I moved back and forward within it. I made half-hearted, inconsistent, poorly educated stabs at changing my diet, reducing my sugar and alcohol binges, moving more, deliberately exercising, meditating, incorporating yoga, rising early, going to sleep before 2am. All were short-lived. Each failed attempt damaged my faith in myself and delayed attempts to try again as I nursed my bruised ego (to which I am attached by a complex thread of mutual animosity). When I forgot my misery, and the self-flagellation faded away, I would try again.

But gradually my attempts got more intelligent. A bibliophile by nature, I looked for guidance in books, interviews, lectures and started to understand the kinds of mechanisms by which changes are made in a person’s life. Implementation got slightly more consistent. I saw some modest results.

The next stage came when I failed again. This brought me to the work that has been done on trauma and the effects of early life experiences. Not only were early developmental patterns that were set down in childhood pervasive and hard to change, but the belief systems underneath all my top-down efforts were quietly holding me back from success. In other words, I would have to deal with my shit from the past, to deal with my shit today.

So far, so smooth. But of course, nowt is smooth except in hindsight. Jagged, ragged is the way of this monk. Up the cliff and down the valley. But would we, the adventurers, have it any other way. I can share the tips and tricks I learned that have got me this far, which is ‘thriving’ rather than just ‘surviving’. But I’m much more interested in the process. Where to next? 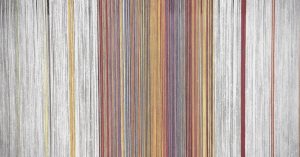