Much has been made of the new normal. The term is enjoying a resurgence (was it ever desurged, or unsurged) in coverage of the Covid-19 international year-long shitshow meets clusterfuck, for which those two delicious swearwords were probably invented. The worst of humanity and the best of humanity go from smooch-dancing to ignoring each other on a dancefloor of shit speckled with stars, while an orchestra of goodhearted zombies plays ‘The best of times, the worst of times’ on their big band instruments, bits of flesh getting caught between their strings and dropping into their wind horns, fucking up their bright-eyeballed timbre.

I digress. I do that a lot. It’s my ADHD. As yet undiagnosed because I live in an underdeveloped country (Ireland). That may seem inappropriate and unfair to countries which we typically refer to as ‘developing’. Yes, I mean countries which have traditionally been raped, pillaged and condescended to by other, more developed countries. But it isn’t cultural appropriation, it is my heritage. Ireland was raped, pillaged and condescended to by Britain and the Vatican for a combined total of well, more than 1 millennium. We weren’t beheaded for most of it. This and similarly extreme acts became less frequent as time and the public capacity for outrage progressed. Except in the case of women. Those we continued to rape, kidnap, enslave, torture, imprison and murder until relatively recently, the 1990s in fact. Oh, we weren’t great with gay people either. Until the nineties it was permissible in both law and certain parts of civilised society to rape your wife within marriage as your right, while your neighbour faced imprisonment and social ostracization for making love to his husband. Yes, it’s confusing now, but presumably seemed very clear at the time. Anyway, we saved that particular ball at the last minute by electing a gay leader and having a spiffy little election which increased our Like and Subscribes all over the world. Well no, wait, not all over the world. Not in countries where they still persecute women and gay people, which is, in fact, in most of the world. Which you really wouldn’t believe given the level of self-congratulation on our tiny arse-kissing island. Also, I would like to mention people with disabilities because they get short shrift here too and deserve a mention. And the poor. And anyone without a voice really, that is a loud enough voice and a money megaphone. Anyway, as I say, the ADHD is, as yet, undiagnosed.

To get back to the working title of this thing, I have a new normal too. Which is breast cancer diagnosis and treatment. This turns out to be not much different from the old normal, which is unresolved childhood trauma, unhealthy (turns out fatal) lifestyle, permanent depression, inability to bring a forty-year stress response to a satisfying conclusion, a half-hearted drink problem and such distance between my fake and authentic selves as to require Jason and the Argonauts to attempt to transverse it and bring us together. Which we haven’t been since before said childhood trauma, to the best of my recall.

I promise I won’t continue to write in such long sentences. No, I won’t promise that because I must learn to please myself instead of losing myself in pleasing other people. This begs a good question about who ever asked me to please other people or to lose myself, which merits its own thing as there is certainly plenty to write about that, on all our behalves.

It’s not that I think I can write, but I think at some point I thought I could, and perhaps I even did in a burgeoning, baby-bird way. A few clever essays at school that drew the attention of better-off relatives in America and a severe English teacher who later told me I was one of the two best writers she’d ever had in her class (she may have been saying that to make me feel better, given the obviously pathetic state of my fortunes at the time, but I cling sad and desperate to her reputation for having a greater commitment to honesty than compassion). That’s it folks, there’s the resumé. But what I also got somewhere was the idea that writing could save me. I fell away from it for various excrementitious reasons that many people could probably relate to. Reasons to do with the reasons why we lose the things we love the most, or cease doing them if they’re verbs. Writing is something Jason and his merry band would be charged with recovering alongside my starved and withered body if they found it. Anyway that’s the thing, that somehow throughout my exile, I kept the thought that if I would write I would survive. And perhaps that’s why I didn’t. As a form of suicide I can report it has been fairly ineffective. But as a way of isolating the soul it has worked perfectly. Kill the flame and the man dies.

Or woman, but sadly ‘woman’ doesn’t sound as portentous. Then again, if we don’t use it as such, it never will. So here goes. Kill the flame and the woman dies. You see now I just sound like I am making a narrow statement about half of the human race. I’m not too cowardly to be radical, I just feel there is an argument for starting where we actually find ourselves, instead of where we wish we were or think we should be. It wasn’t a great statement anyway, kill the flame and the man dies. What does that even mean? Oh, it means if you kill the thing which gives you passion you will kill yourself somehow. And it’s a worse death, being gone is just gone but being here and empty is worse.

So to wind up that point and the working title, plus the second part of the title, which I could probably quickly put to bed now too…the idea of writing a blog and vomiting my misanthropic dysphoria across some cyber pages that might somehow, on viral wings fashioned from the last ragged shreds of my creativity, and flying under the radar of the merciless positivity dogma of recent times, might somehow find you, anyone who has also drunk from the diseased tit of childhood trauma who wants to do more than just survive but cannot, and I mean cannot, use the word thrive just because it rhymes. So yes, I wanted to do that. And it would be nice if a diagnosis of a potentially fatal disease would help with the procrastination to be a fitter, healthier, stronger, kinder me, but I think that part may be just fantasy.

Image by AnnaER from Pixabay

Previous Post Regret
Next Post working title: Beginning chemotherapy, beginning anything. alternative title: I’m a good beginner but who knows where this shit will end. 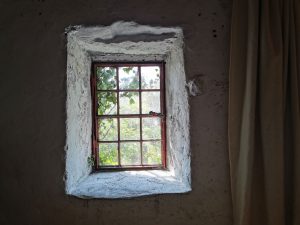 working title: Beginning chemotherapy, beginning anything. alternative title: I’m a good beginner but who knows where this shit will end.